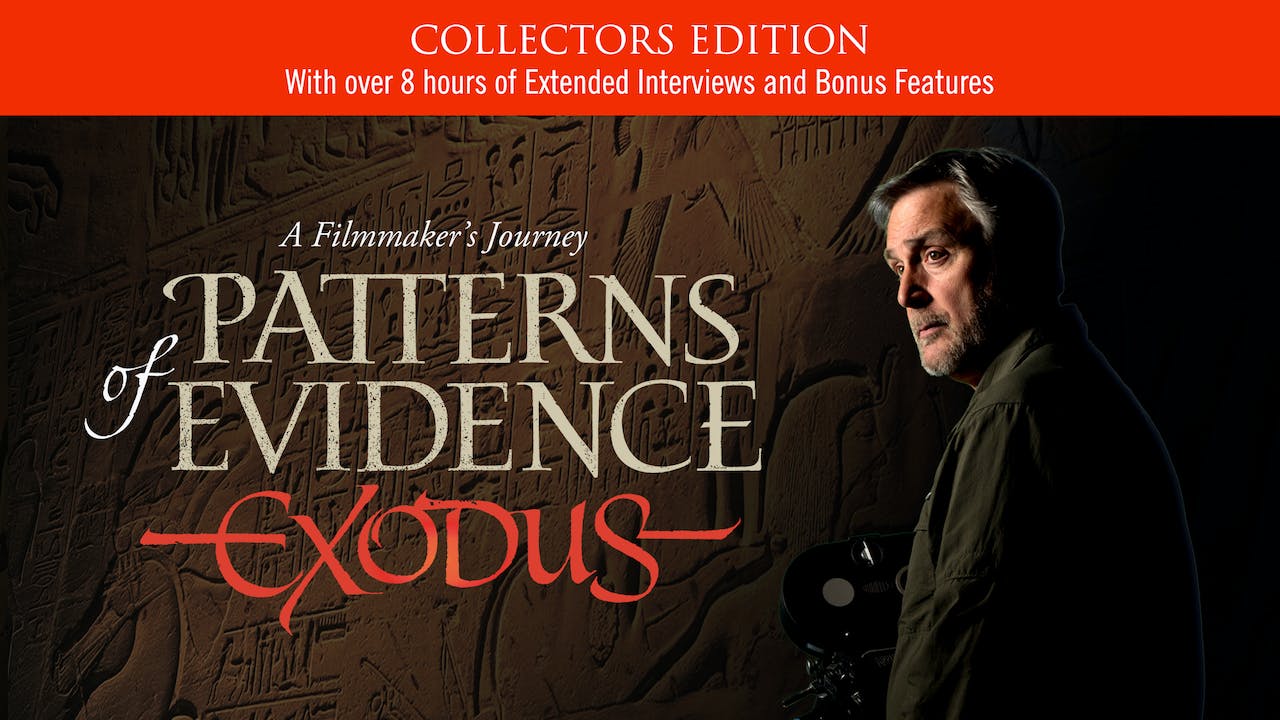 Patterns of Evidence: The Exodus – Collector’s Edition Box Set unlocks the mystery of this ancient saga and reveals an amazing pattern of evidence matching the biblical account that may challenge our understanding of history!

Dive deep into the investigation with this 5-disc box set including a DVD and Blu-Ray of the film and over 8 hours of new information on 3 additional DVDs. Discover more evidence for Arrival, Multiplication, Slavery, Exodus, Judgment and Conquest in the bonus disc called Patterns of Evidence Expanded.

On the disc entitled Digging Deeper into Archaeology and the Bible, we explore topics such as: Would Egypt ever Record an Exodus?, What is Biblical Archaeology?, Is There a Bias Against the Bible’s Historical Record? Why Have So Many Archaeologists Abandoned the Bible? Interpreting the Ancient Past, How Much has Been Unearthed?, Questioning the Timeline of the Ancient World, The Film's Approach and Why it Matters, Rebuilding the Ancient Cities of Avaris and Jericho.