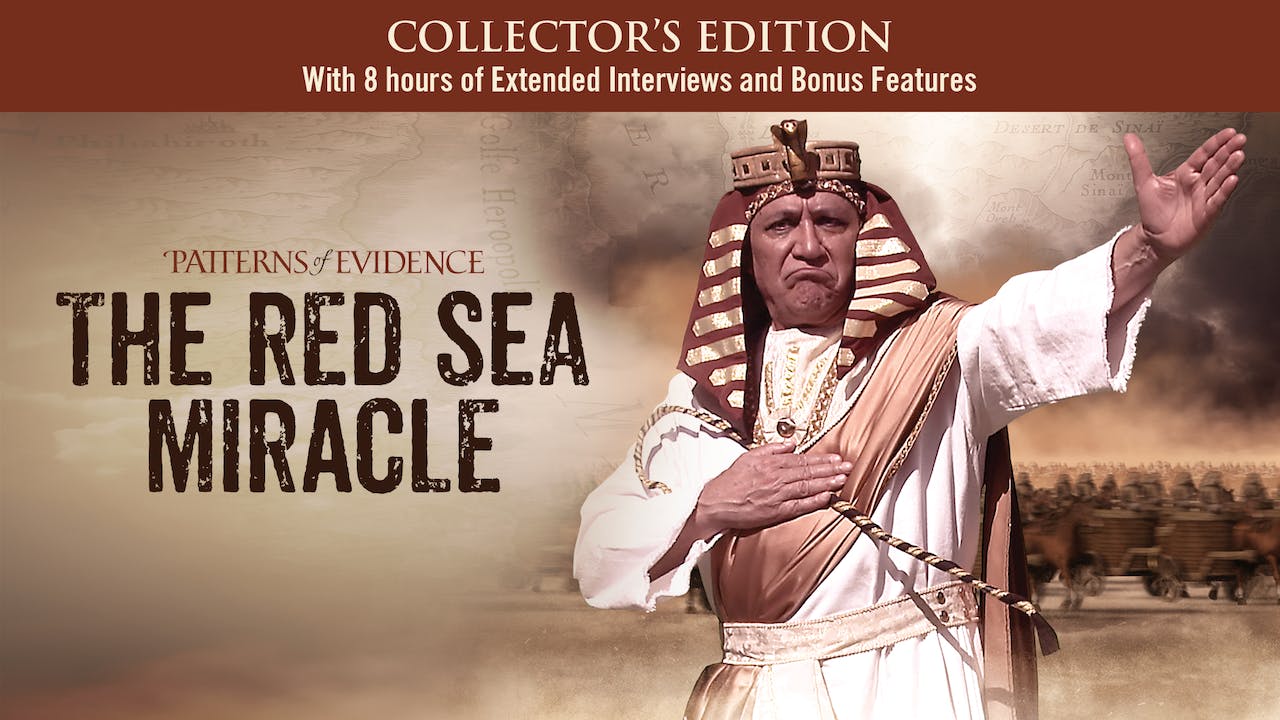 Patterns of Evidence: The Red Sea Miracle – Collector's Edition travels to the ancient lands of the Bible with award-winning filmmaker Timothy Mahoney (Patterns of Evidence: The Exodus, The Moses Controversy) as he dives deeper into the contentious debate over how and where the Exodus took place. This 6-disc box set includes a DVD and Blu-ray of the film and nearly 8 hours of new information on 4 bonus DVDs.

The Exodus out of Egypt is one of the most dramatic and foundational accounts in the Bible. After crossing a wilderness, the Israelites became trapped at a sea by Pharaoh and his chariots. God then miraculously saved the Israelites and destroyed the Egyptian army. Did these events take place as recorded in the Bible, and if so, where did they happen?

Discover more biblical and geographic evidence for how far and fast the Israelites traveled toward their final destination of Mt. Sinai. Bonus features include unseen interview footage and the popular Fathom Event panel discussion held at the Ark Encounter.

Were the Ten Plagues merely acts of nature? Did God really miraculously lead millions of Israelites through a large desert to a distant sea? Does the lack of hard evidence at the traditional sites mean the events didn't happen or have we been looking in the wrong places all along?